Bunion – is the bony formation located at the metatarsal phalangeal joint (MTP joint) of the 1st digit. Often caused by over pronation and/or poor fitting footwear. It is often associated with hallux valgus – the medial drift of the 1st metatarsal bone and lateral drift of the big toe.

Hallux Limitis – less than normal movement at the 1st MTP joint. Symptoms are pain in the 1st MTP joint particularly when pushing off during gait. Often caused by a dorsiflexed first ray and over-pronation at the push-off phase of gait.

Claw/Hammer Toes – is a curling deformity of the toes resulting in a callus formation on the top of the toes and under the ball of the foot.

Lisfranc Fracture – involves a fracture of the proximal head of the second metatarsal held between five bones. Lisfranc’s joint is an important support structure of the transverse arch of the foot.

Plantar Fasciitis – is sometimes associated with a heel spur, although it is normally the inflammation of the tissue that causes the pain rather than the spur. Possible causes are poor footwear, increase in weight, sudden increase in activity, and over-pronation.

Achilles Tendonitis – inflammation of the tendon that connects the calf musculature to the calcaneus. Possible causes are poor footwear, weight gain, sudden increase in activity and over pronation.

Ankle Osteoarthritis – involves reduced motion, crepitus, and pain. These symptoms are typically magnified with walking on uneven ground and up hills.

Frieberg’s Disease – is necrosis (death of a portion of bone due to decrease circulation) of the distal second metatarsal head, but can affect the 3rd or 4th. This is most common in 12-18 year olds, females more than males.

Adult Acquired Flat Foot – the rupture or dysfunction of the tibialis posterior tendon. Symptoms are similar to tibialis posterior tendonitis (arch pain and posterior shin pain proximal to the medial mallelous). As the name suggests, there is a total collapse of the arch, which is destructive to the above joints (knee, hip and back). This condition is most common in middle-aged women. 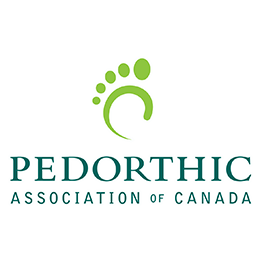 © Copyright 2017 by Orthohealth. All Rights Reserved.